The ANZ bank and the Property Council of Australia have published their September quarter 2017 outlook which gauges the sentiment of 1,700 property industry respondents about the outlook for Australia’s national and state economies, views on property asset class performance, employment intentions, expected work flows and critical industry drivers.
Here’s a look at the key findings. 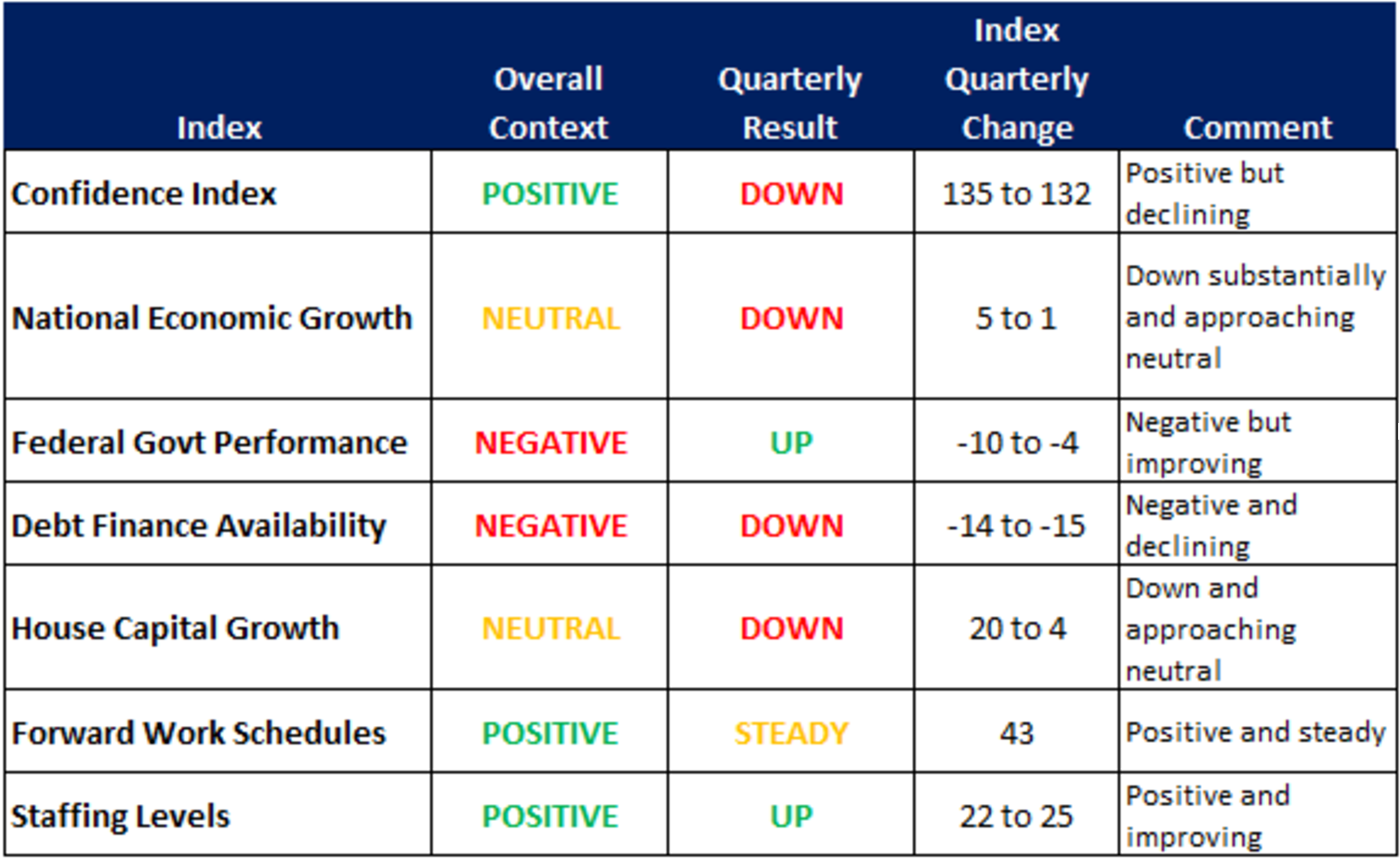 In summary, this continued low growth/low inflation environment presents a significant policy challenge for the RBA and Government given the starting point of a low cash rate, fiscal deficits and high household debt.  For monetary policy, THE ANZ forecasts growth to ‘muddle’ through and inflation to very slowly recover. As such the RBA (interest rates) should remain on hold for some time.